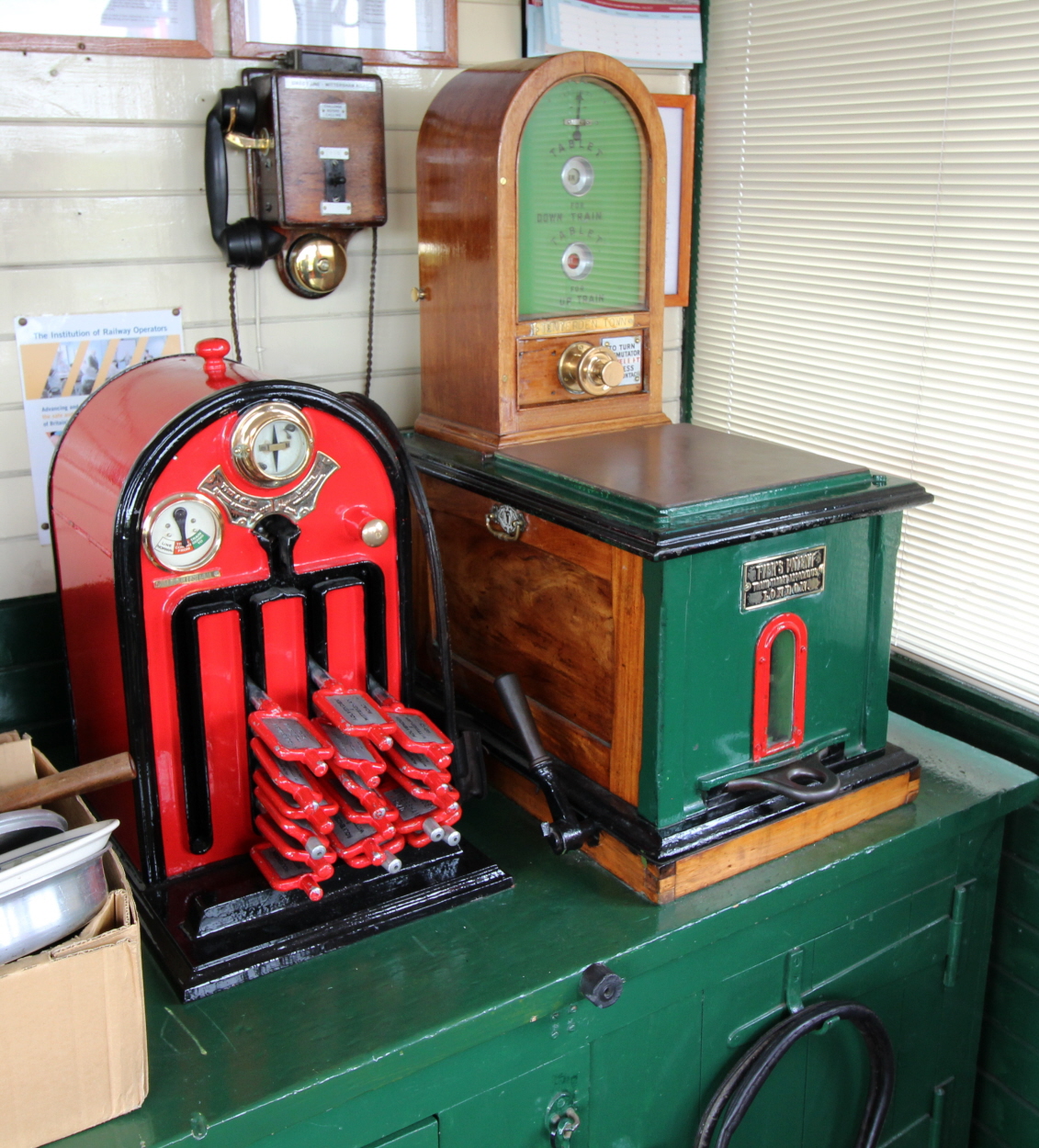 Many of Britain's Railway were built as single lines so a safe method of signalling was essential to prevent two trains entering from either end and meeting in a head on collision. The earliest and simplest system was the "one engine in steam staff" and these were usually on single lines were there was a terminus station.

This system was very limited as the driver would carry the train staff on his locomotive and not give it up until his train left the single line. Where trains needed to enter the single line at either end a different system was required. The electric train staff was invented by Webb-Thompson and Tyers introduced their tablet instrument. Later came the key token instrument and all worked on the same principle.

The controlling signal boxes either end of the single line would be equipped with one of these instruments and and number of staffs, tablets or key tokens locked into each instrument. The signalman at either end would both have to operate their instruments to withdraw one staff, tablet or key. This is given to the driver as his authority to enter the single line, on leaving the line at the other end the Staff is surrendered to the signalman who replaces it in his instrument so the process can start all over again. Many collectors love these staff, tablets or keys and some like to collect a complete line.

At Junction Railwayana were are always looking to source these items from all over Britain, sometimes we can offer very rare sections and items from the Cornish lines or the Somerset and Dorset railway are among the most sought after.