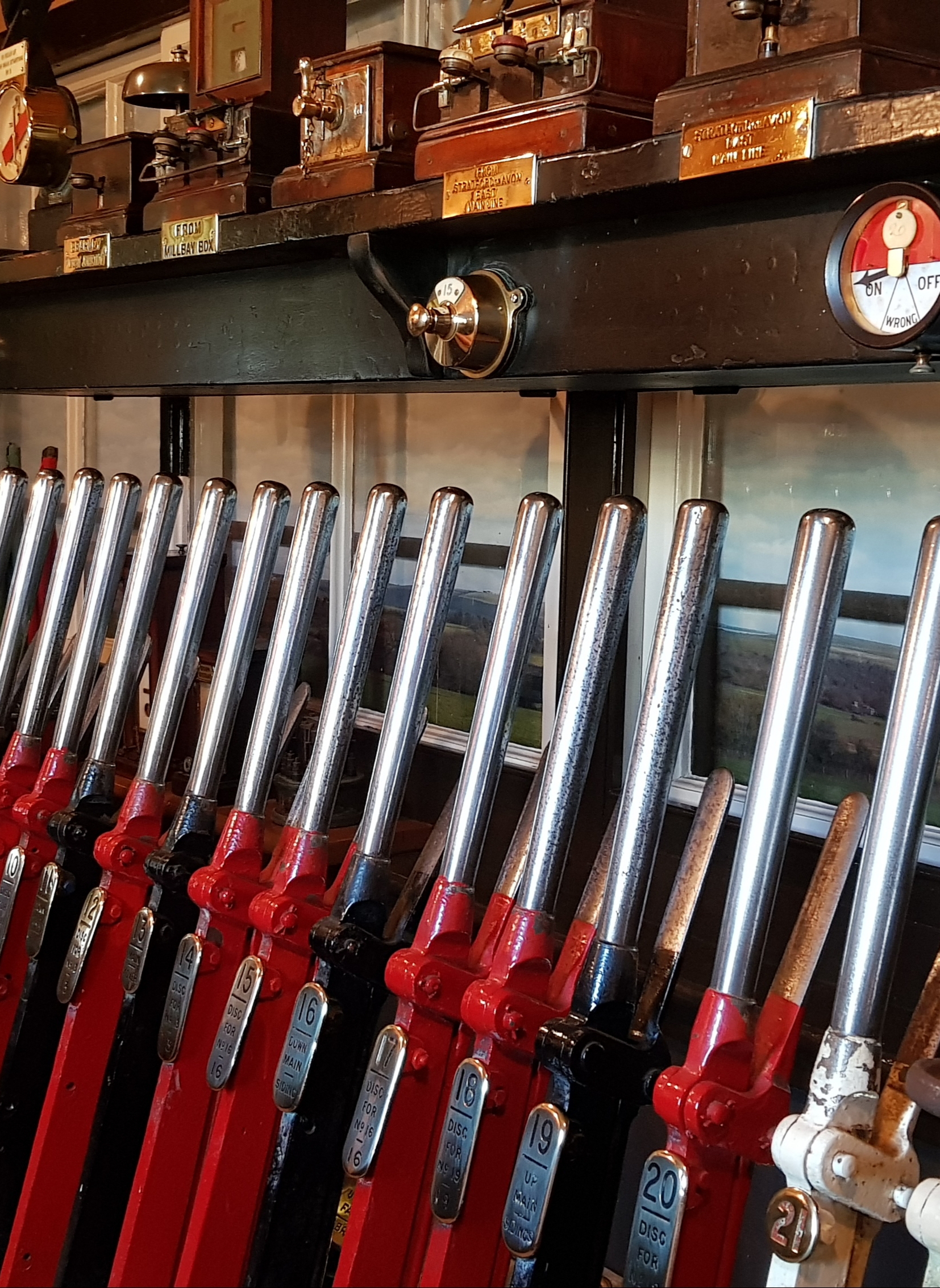 Signal box lever, shelf and instrument plates have always been popular amongst  collectors as many were identifiable by the lovely descriptions and beautiful polished brass.

The very early examples were hand cut using special chisels and tools by highly skilled men and women then carefully  filled with black or red engravers hard wax. Later with the introduction of engraving machines this new system made hand engraving obsolete and many hundreds of thousands of plates were made an fitted in boxes across the country.

The Great Western Railway, Southern Railway and Midland Railway companies were some of the biggest users of brass for plates although many other companies used this too. Anyone who visited signal boxes would notice immediately their effect on levers and instruments.

In the 1920s a new plastic was introduced named "Ivorine" which was made using Nitro-cellulose and Camphor, this material was unstable and distorted so when Traffolite was invented this was the perfect substitute. This was a sandwich of white and black Bakelite and this material is still used today.